Johnny Cash - The Man Comes Around 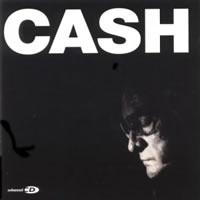 A 2003 American Recording, and as far I as know this project was finished shortly before Johnny had passed away. And is indeed a wonderful picture of his life's spiritual journey, with a theme of conversion, faith and the tension of sin and forgiveness. At times the songs and there some time abstract meanings tell a sad story of lost and regret mixed with hope and humour. I do believe that he picked songs that had some spiritual significance to his own understanding of Christianity, and for that particular time in his life (even though some songs are not written by Christians - and this to adds a sense of irony).

The Passion of Christ - A Film by Mel Gibson

The audience was left speechless, and so were my wife and I. From the opening scene to the last, I found myself holding back tears. I look forward to using the medium of this film to commend the gospel message to those whom I minister to...

...Interesting. Very interesting. Honestly, after all the shrapnel has settled and as the dead and wounded begin to be tended, what can one do but muse at the social reaction to this film, much less the film itself? Interesting, I say.

The Divine Conspiracy: Rediscovering Our Hidden Life in God - D.Willard

Dallas Willard's staple piece on Christian discipleship, The Divine Conspiracy: Rediscovering Our Hidden Life in God , is a challenging book for those who want more out of their Christian life' than the typical mediocrity that has cursed the western Church in the twenty-first century.

God's care for humanity was so great that he sent his unique Son among us, so that those who count on him might not lead a futile and failing existence, but have the undying life of God Himself.
JOHN 3:16

--Please cheak this page often for new and current material.